Bay Batucada began back in early 2014, from very humble beginnings to a community music group with 40 regular members.

Co-founder and club president Murray Tonks first discovered 'batucada' (loosely defined as a samba percussion band) while he was working and studying Spanish in South America. He recounts watching a parade of statues of local patron saints in the town of Valparaíso, Chile:

"The procession included a batucada band. I had never seen or heard of a batucada band before... I was blown away. I wondered if it would ever be possible to see something like this happening in Hawke's Bay." 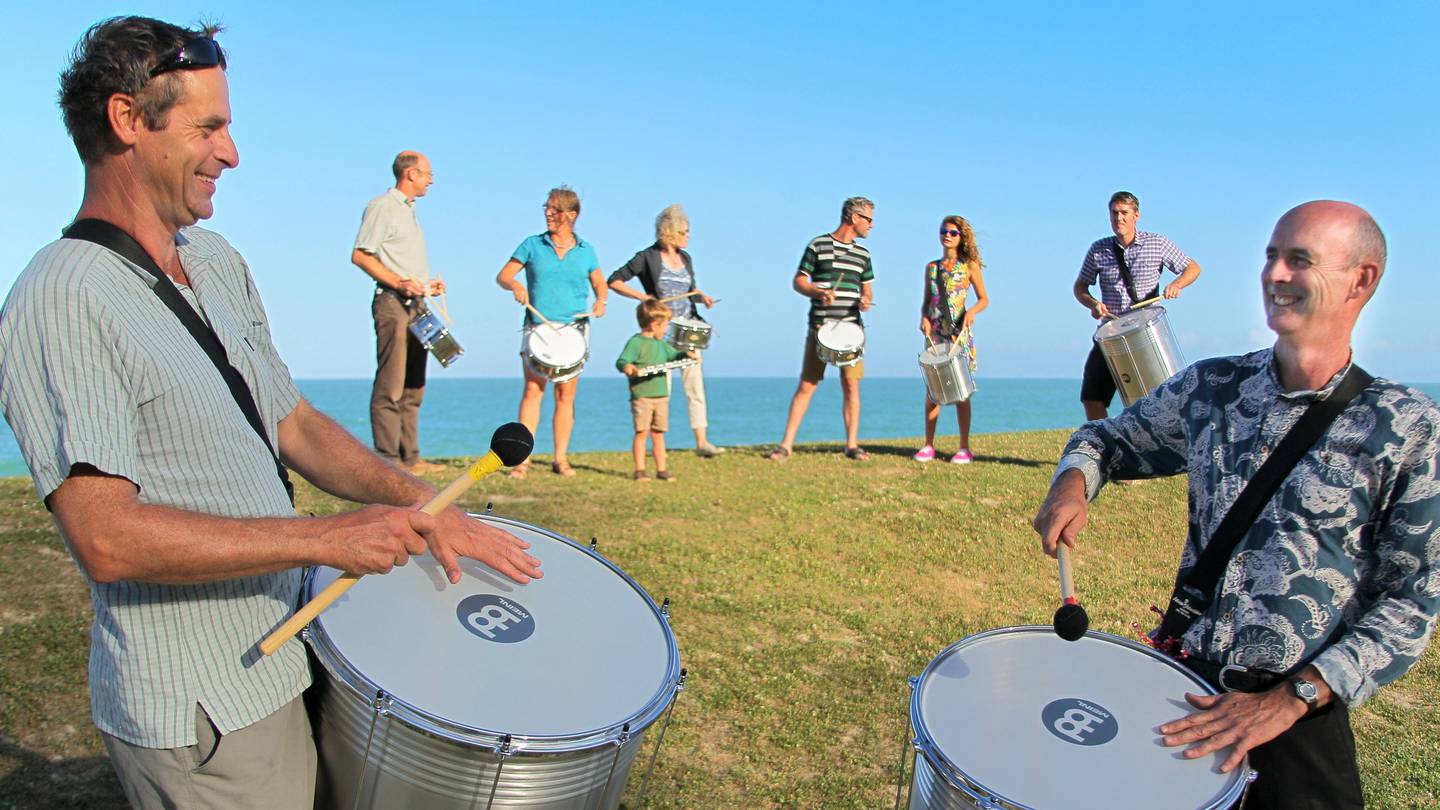 Fast forward many, many years later.

Rinie plays drums in a local band, has published several books of drumkit teaching material, and had been running djembe drumming workshops for several years.

After several meetings, the two men decided to make a samba band, and Bay Batucada was born. 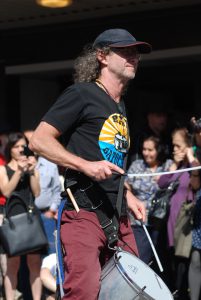 Phil had recently moved to Hawkes Bay. Prior to this, Phil had been part of a batucada band in Australia, and on his return to New Zealand, he established Tauranga Samba. During his many years with our group, Phil brought a wealth of samba knowledge and expertise to Bay Batucada.

The band has gone from strength to strength, jamming with other samba bands around New Zealand, growing our membership along the way. Some of our team have even joined with other groups to perform on stages and parades in Germany and Japan. In 2019, Rinie was invited to Tokyo to lead a samba workshop for local school children.

One particular highlight for Bay Batucada is performing at CubaDupa in Wellington. Formerly the Cuba Street Carnival, CubaDupa is New Zealand's largest outdoor arts and music festival, bringing local and international acts to the streets and stages of New Zealand's capital city.

While samba music might immediately bring about visions of the hot summer sun, Bay Batucada has even performed at the Taupo Winter Festival, and held bucket drumming workshops for the local kids as part of the winter school holiday program.

Would you like some samba sounds at your next event?

Keen on a drumming session for your upcoming corporate activity?

Get in touch with us today!